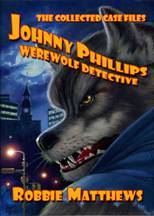 I've been writing on and off for as long as I can remember, but only really got serious after Aussiecon III in 1999. (Mainly because I kept on running into people I know who had got themselves published.  And I thought, if they can get published, then, dammit, so can I!)
I made my first paying sale early in 2000, and since then I have been heavily involved in our local writers group, the  Canberra Speculative Fiction Guild (CSFG)  and the Critters on-line critiquing circle.  In May 2001 I went to Millennium Freecon, where I read some of my work along with other writers, both established and emerging.  It was very exciting!
Since then I have given readings from the Anthology at various other conventions and author readings (any place where they failed to stop me, in fact!) and I have been pushing sales of the CSFG Anthology,  Nor of Human... (and now it's successor, Machinations).  I've also somehow become involved in editing and publishing Andromeda Spaceways Inflight Magazine ... which is also really excitng. And has almost completely stopped me actuall writing... :")
Update 2003: In March 2003, I won the Peter McNamara Convenors Award (part of the Aurealis Awards). I also won the Best New Designer Award for my Role Playing module "And Now Presenting: Murder!!!" at the Phenomenon 2003  roleplaying convention. So I now have an Awards Page.
Update 2007: I have signed a contract with ASF to publish all the Johnny Werewolf  stories to date, plus some new material.
Update 2009: Johnny Phillips, Werewolf Detective: The Collected Case Files is now on sale!


I was born in Innisfail,QLD in 1962 (thus sharing birth state and year with fellow CSFGer and Turner prize winner, Maxine McArthur) I have a wife and two children, two dogs, two cats, and assorted goldfish.  I currently live in sunny Canberra, where I run my own Computer Consultancy business. At one stage I was highly active in Sydney SF Fandom, but that took a bit of a nose-dive after the children were born.  Those of you with long memories may remember me playing my guitar at some of the Syncons in the 80's.

Johnny Werewolf:
I have written several stories set in an world where Werewolves, Vampires, Zombies, and all sorts of Undead creatures live in modern day Sydney in an uneasy alliance with normal humans.
The main character is a struggling private investigator called Johnny Phillips.  He also happens to be a werewolf.
The first of these appeared in the anthology Nor of Human... .

Here is a short story, set in Johnny's world.

Note: A couple of people have pointed out that the word Undead refers to a particular class of creatures, specifically those who a dead yet still move (like Vampires), and should not refer to Werewolves.  The same people have also pointed out that a female 'Sorcerer' should, in fact, be a 'Sorceress'.
Well, this is my world, and in Johnny's world Undead is a catchall term for all those people who live an alternative, supernatural, lifestyle.  And Sorcerer is a job description.  (You don't refer to female lawyers as lawyeresses, do you?)

Barcodes:
Due to the number of times I have been asked, I have created a Barcode Generator for ISBNs.

Authors:
Maxine McArthur - Fellow CSFGer and winner of the 1999 George Turner Award
Chuck McKenzie - A funny writer and editor of reknown (so he tells me...)
Geoffrey Maloney- Another fellow CSFGer, and another award winner.
Les Petersen - Yet another CSFGer, author and Illustrator
Alison Venugoban - A lovely lady and an interesting writer